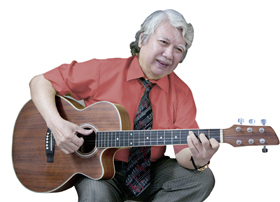 With years of experience

Mr. Le Sanh: At the 60s-70s was the musician performing at many famous music tea houses and discos of the city of Saigon. Since 1976, he was the musician – band leader of the Hương Miền Nam dance and music group. During 1978-1980 he wrote harmony and composed accompaniment as well as played as the conductor in this group. In 1980-1982, he did the accompaniment composition for some singers and cooperated with several other music venues. 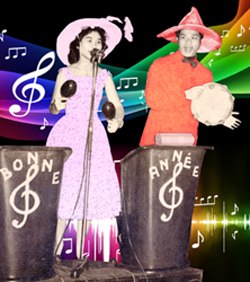 Mrs. My Hoa: Violinist and singer specializing in international music (English, French, Italian and Spanish) has been widely known as the only “Singer with the violin” during the 60s-70s. She used to be the key member (singing and playing Tzigane violin) in the Show Band of Tran Van Trach.  After 1975 she was a member of the Bông Sen dance and music group.

With extensive experience as above:

+ The teachers have trained many professional musicians and artists who are still performing in VN and abroad.

+ Complete a thorough curriculum (in conjunction with a part of the school curriculum by Berklee and other resources from the United States ...) which is modern and easy to comprehend.

+ In addition to the curriculum, music classes always have solo songs (based on popular international and Vietnamese songs composed for piano, guitar, bass ...) adaptable to each and every level which are distributed for free to the class attendants to evoke excitement.